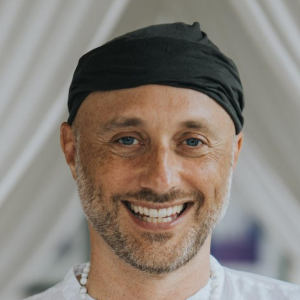 Nobody wants to feel lonely. And for good reason. Loneliness can be devastating to your mental and physical health. Few things have such dire consequences as feeling like you have to go it alone. Nothing is worse than feeling like you’re alone on the planet.

Of course, you’re not alone on the planet. There are billions of other people around. Throw a rock in any direction, chances are you hit someone. Or at least their car or some other personal item they get upset over. You have to go to extremely remote places to not run into others. People are everywhere. Life is everywhere. The sky and clouds are everywhere. The air that you breathe is as alive as you are. Life all around you. Life is everything that exists. How is it possible that anyone who’s alive can feel so lonely, so isolated, so unhappy?

You’re lonely because you judge. Judging creates distance between yourself and others. It makes you feel separate like you’re not part of the rest of life. You’re an isolated organism trying to make sense of a foreign world. It doesn’t matter who you judge, what you judge, when you judge or why you judge. Judging re-enforces a sense of me vs the others. The more judgments you have about other people, the lonelier you get. Judging pushes them away. She is prettier than I am. He is taller than I am. I know better than they do. All of these judgments put emotional distance between yourself and them.

Before you know it, you’ve judged yourself onto an island. You’re stranded with no one else around. You see ships going by. That’s where life is happening. Everyone but you is on the ships, having a good time, knowing where they’re going. They probably already forgot about you, since you arrived on your self-made island. But rather than looking at how your mindset dictates your experience, you keep blaming them for making you feel so isolated. Of course, all the blaming just makes you feel even more isolated. When you judge others, you can’t win.

But rather than judging less to bring the world closer to you, you spend your energy on avoiding feelings of loneliness. You spend time texting, on social media, video gaming, Netflix, YouTube, you name it. There is an endless supply of on-demand entertainment, ready to make you feel less lonely. The moment you get even a hint of loneliness, you seek to distract yourself from it. Better cover it up quickly!

When you’re lonely, the first thing you look for is connection with others. After all, it feels good to do things that bond and build memories with others. Shared misery feels so much better than alone misery. Suffering together is one of the greatest bonds. Of course, there is an aspect of community and friendship that is healthy, necessary bonding. It is part of the human blueprint to be around others who can reflect you to yourself. But when you look for a sense of connectedness outside of yourself to make up for a lack of connectedness within yourself, then you are doing yourself a huge disservice.

You spend so much energy on avoiding loneliness. Yet, loneliness isn’t even real. It’s completely made up. Loneliness is a story of judgments you tell yourself. How lonely you feel is directly correlated to how much you judge yourself. Loneliness is only as real as you make it.

If you succumb to loneliness, it becomes all-pervasive. It rules you day and night. And not just tonight or tomorrow. For many, fearing being alone in older years ranks as an important reason to have offspring in younger years. Whatever your motivations are, chances are you are driven – at least in part – by your fear of loneliness.

Your natural state is to feel connected to life. To be life. You are as much part of life as the forests and the oceans. When you’re connected, you feel as powerful as the forests and the oceans. Connected means being free to experience everything life has to offer. You’re not restricting your connection by judging. There is no greater feeling than being fully connected. Fully connected means being your fully realized self.

But when you judge, you rob yourself of this connected feeling. You shut yourself down. You lose sight of who you are designed to be. Your judging habit makes you think that life can abandon you. But it can’t. You can never become disconnected. You can only un-realize your connection. No matter how lost, how lonely you feel, you can find back to reality. All you have to do is turn your attention back to it.

How much of you are you?

Grief is one of the most difficult emotions to come to terms with. The greater the loss, the deeper the grief, the more gut-wrenching it can be.

I want more attention from my boyfriend than he can give me. Are we incompatible?

In relationships, it is not the amount of time you spend with someone, but the quality of the attention you give each other.

I work in an industry I morally object to. What should I do?

Whenever you feel triggered by something at work, it’s an opportunity for you to become aware of your judgments about it.

How do I meet the love of my life? #tiredofdating

Relationships are one of the great accelerators on your journey of self-realization. You get together with others to grow in the name of love.

Choose from several options to ask Chris a question.

Get free content, discounts, and news about upcoming events